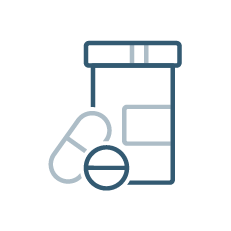 Our law firm is evaluating claims for an Elmiron Lawsuit. Recent studies have found that patients that have been prescribed and use Elmiron have developed Maculopathy, an eye disorder that can lead to blindness. The manufacturer of Elmiron has failed to fully test the drug prior to its release and warn patients of the dangers of using the drug. As reported in the Journal of Ophthalmology, patients that have been prescribed and used the drug Elmiron have developed Maculopathy. The studies have found that patents that use Elmiron have experienced the follow symptoms:

Our lawyers are looking for people who have been taking Elmiron for at least two years and have suffered vision side effects following their usage of the drug within a year's time. If you have developed a vision problem or eye condition within a year of taking Elmiron, you may qualify for a lawsuit with our firm.

Maculopathy is an ocular disease that can lead to vision loss by deteriorating the back of the retina, an area known as the macula. Early side effects can include difficulty reading and having trouble centralizing vision. By 2018, research had shown Elmiron's negative effects and toxicity on the macula, leading to irreversible vision impairment and blindness.

Elmiron's producer, Janssen Pharmaceuticals, is being accused of failing to accurately warn Elmiron users of its potential vision side effects. The drug has shown evident signs of toxicity all the while being on the market since the 1990s. Our firm is currently representing those who have suffered irreparable vision loss and other side effects after using Elmiron for at least two years.

How long have you taken Elmiron?
+

We are actively representing clients who have taken Elmiron for a minimum of two years and have suffered vision side effects.

When did your side effects begin?
+

If you have suffered vision side effects, they must have started while taking Elmiron or up to one year after stopping your Elmiron usage.

Do you have a family history of vision problems?
+

If you have history of vision problems, our lawyers will request your medical records to determine if there is a separation of those issues from any possible side effects of Elmiron and your subsequent lawsuit eligibility.

Muller Brazil is a personal injury law firm with a human-centered approach. We believe in treating our clients with respect when they’ve been injured by an unsafe drug. This translates to fast response times, articulate communication with pharmaceutical companies, and recognition for the pain and suffering that comes from side effects of a popular drug.

Ms Senerth took the burden of filing a claim for me, kept me informed of progress, and even advised that I decline the first offer. She told me how to collect affidavits and she used that info to get me a larger settlement. Highly recommended!

I'm so thankful that I chose Muller Brazil to represent me. My attorney took time to answer my questions prior to even asking for his representation, and as the case progressed - he was impeccable at responding and keeping me up to date. They really brought a personal touch to my case.

Back to Personal Injury 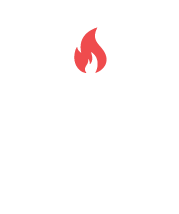 Contact Muller Brazil today for a Free Case Evaluation at no cost to you.